From Controlling Road Rage to Healing the Planet! 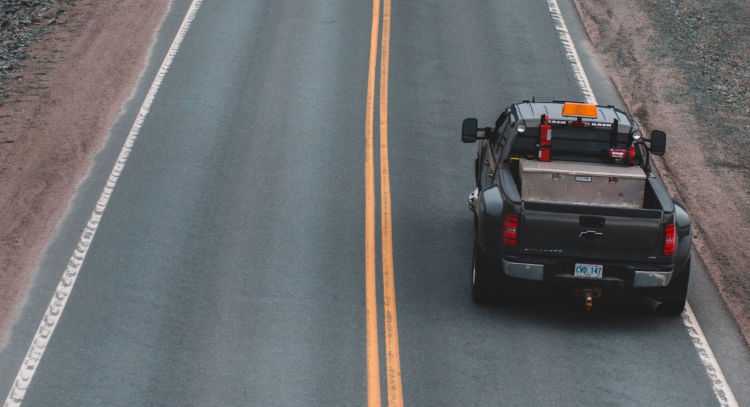 It may not be as big a stretch as you think!

I was driving to the grocery store and trying to make my way over to the right-hand lane.  I put on my turn signal and moved over when suddenly, a man in a truck pulled out from behind me and cut me off as he gave me the middle finger.  I could feel my hands tighten on the steering wheel as the fear, anger, and sense of injustice rose up in me as emotions.  Years ago, I might have even considered responding in kind, but my husband taught me to never retaliate in road rage situations for my own safety. However, I did not understand that I was still hurting myself by not regulating my emotions following such an incident.

Since I was now stopped at a red light, I remembered something I learned recently in one of my HeartMath® trainings—there are renewing emotions and depleting emotions, which can cause a cascade of physiological changes in my body at the moment and for at least eight hours afterward.  Those changes included everything from releasing cortisol, a fight and flight hormone to suppressing the immune system.

But I also learned that I could choose right then how I wanted to feel for the rest of the day through a simple technique. Keeping both eyes open, I started to focus my breath and attention on my chest (heart) area.  I consciously slowed my breathing down and then I activated a feeling of compassion toward the man in the truck, switching off that feeling of hurt and anger.  Here are some of the thoughts that followed these new feelings and helped me get out of judgment —maybe he had a fight with his wife, maybe he was late for work, maybe he was feeling frustrated with slow drivers like me because, in the winter, Florida roads fill up with older people who are driving slower.   Whatever his reasons, I concluded that this was not personal.  As I sustained these positive emotions and repeated these ideas to myself while keeping my breathing slow and steady into the heart, I began to feel a physical change in my body—I felt calmer and started thinking more clearly, so I was able to go on with my day without those residual energy drains creating both short-term and long-term effects in my body. 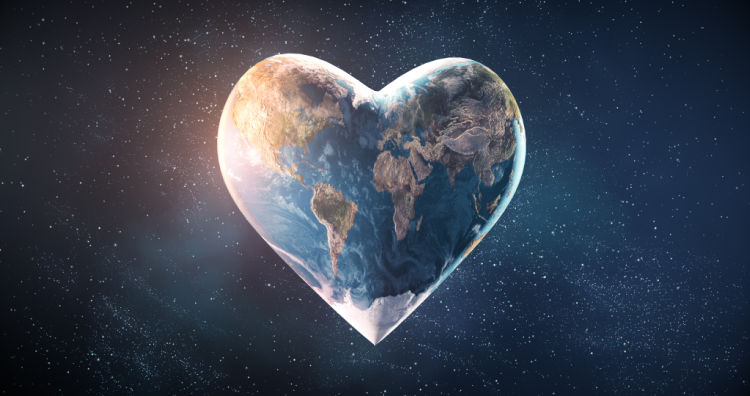 Want to Know the Kicker?

The simple act of getting my heart into coherence through these simple techniques was adding the vibrations of my positive emotions to the global energetic field. I can only imagine what you are thinking! Andrea has really gone crazy.  But I promise you I have not.  I am a skeptic by nature, so I needed to explore the science behind this statement. This weekend I learned some of the science behind the global nature of a coherent heart.  I have been attending HeartMath®’s Planetary Consciousness for Global Solutions Conference, where the presenters have been sharing among other things, the independent scientific research that is being done on the worldwide effects of raising personal vibrations from the heart to reduce collective stress and suffering of all peoples in the global community. It is based on an understanding of an interesting number of 0.1 hertz.

The 0.1 hertz reading has been shown by scientists to be the resonant energy of the earth’s magnetosphere.   This information comes from Nasa Studies. 0.1 Hertz is also the resonant frequency read by instruments studying the heart energy field when it is in coherence with the brain.  Using a biofeedback tool like the Inner balance, this heart/brain coherence can be represented by a series of squiggly lines.  The more uniform (sine-like) the lines looking like a wave, the more coherent the systems of your body are, in other words, they are synchronizing.   The way to get to this coherence and this 0.1 reading is by shifting your focus, shifting your breathing, and shifting your feelings to that of love, compassion, care, and appreciation according to speaker Greg Braden, Scientist, Consultant, and NY Times Best Selling Author.

What emotions we share in the energetic field matter!

Current research looking at how the “earth, sun, and other planetary bodies influence human health and behavior and, on a larger scale, social unrest and significant global events,” is part of the equation according to the HeartMath® Institute. There is also growing scientific interest in seeing how individual coherence through HeartMath® techniques that involve breath, focus, and positive heart emotions can affect the non-local field (in other words, situations far away).

The HeartMath® Institute in cooperation with other research centers has placed sensors in different parts of the world to collect data on group Heart Coherence readings through the Global Coherence Initiative free APP.  Once you download the APP, you can add your Coherent heart energy to the global energetic field helping yourself and the world at the same time.  As Dr. Rollin McCraty, Ph.D. Director of Research for the HeartMath Institute puts it, “the emotions we share in the energetic field have the power to change both the physical world and the energetic world.” You are more powerful than you think.  Through the work you do on regulating your own emotions, you will not only improve your health but improve the health of the planet. 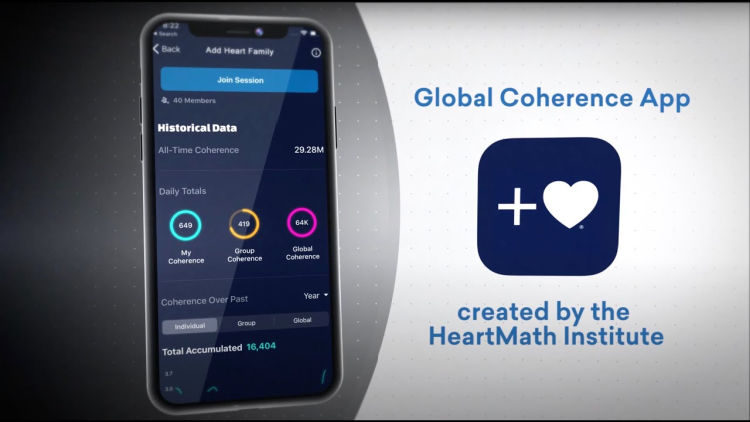 Will you join me in this effort?  I am participating in a FREE HeartMath® project called Uplift Circles as part of the certified community.   Each week, I will connect you with other people interested in getting coherent for 5-20 minutes.   We will meet on Zoom and use the free GCI App on Wednesdays each week at 3 pm ET and on another day, time and day to be decided based on interest and availability.  If you are interested in learning more and joining this effort, please reach out to me.

One other note. Most of you know I am a yoga teacher and I teach meditation.  However, my work with HeartMath® techniques is different from the meditation techniques I have taught.  Here are some of the differences. They are highly portable, able to be done with eyes open or closed in any situation.  Two, they are not just about relaxing. They are about getting your heart and brain into coherence which has been described as being calm but alert at the same time.  They are simple tools that if practiced daily can improve your physical, mental, emotional, and spiritual resilience, tap into your heart’s intuition, calm your nervous system down, improve your health and contribute to planetary health. Lastly, anyone can do them!  Find out more here.